For Mother Day Aniversary, let’s take look at the best mothers in manga who set a good example for their child.

Clannad from my point of view, wouldn’t be half as good without Sane Furukawa’s “role” in Tomoya’s life. At the beginning of this lightweight romance/slice of life series, Sanae doesn’t get much screen time.

But it’s only later once things start to get a little serious that Sanae shows up more often. And she starts to “bless” the anime with her quirks.

Sanae is an example of a mother who’s always there for her children… Especially in the hardest of times, and never falters on that goal. 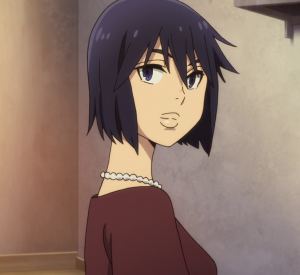 Erased is one of the most thought-out psychological series that’s been released in the last few years. It has depth, well-written characters, and a good overall effort from A-1 Pictures. That’s why Satoru’s mother is such a good character in the anime.

She’s firm but never too aggressive or strict with Satoru as a kid. And she doesn’t take any B.S no matter what the circumstances are.

I’ll avoid spoilers as much as I can, but even when things get “intense” in the anime, Sachiko never loses her strong resolve.

“If you find yourself at a dead end and there’s no other options left, doing something the wrong way might do the most good.”

Junko Kaname is my favorite anime mother for how “deep” her role is in Madoka Magica.

Even as a side character she’s memorable and you wouldn’t know any better. Because she shows up whenever Madoka Kaname needs help, advice or a little “push” in the right direction.

Junko sets an example to Madoka by her actions and attitude towards work (even if she’s drunk on an odd day, so she’s not perfect).

What’s inspiring about Junko is how she takes all her experiences, and showers Madoka Kaname with them.

Not to mention she’s the type of person to never complain or whine about past mistakes because she’s too busy thinking about the future and making it happen in the present. 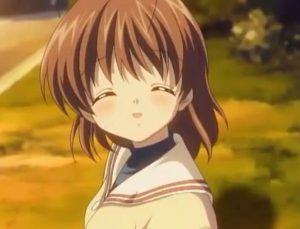 Sanae, the mother of Nagisa Furukawa isn’t the only person who’s a great mother and parent.

When Clannad starts pouring on the strong emotions through a glass cup, Nagisa gets pregnant and becomes a mother herself.

Prior to that – Nagisa is the kind of girl who’s loyal like a Lion to its cubs, willing to die if it comes down to it.

For that reason – she’s well deserving of this list, even if her “mother” role doesn’t last as long as we’d like as fans. 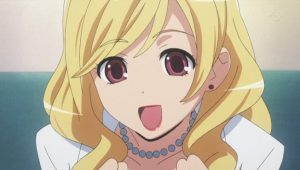 Yasuko is a mother with a tender personality. She’s a little clumsy, can’t cook to save her life, and would have you believe she’s an idiot.

But as a parent, and even as a person – she has a delicate touch. Always working hard to do the best for Ryuuji Takasu as a single mother.

And she has a surprising amount of wisdom to share with Ryuuji from time to time. Despite the everyday persona you usually see throughout Toradora.

Hikari Tsutsui’s mother is firm, straightforward, and sometimes a little too much for Hikari to deal with.

Because of the way Hikari is (as an Otaku and introvert), he’s not too interested in romance or relationships. He’d rather dive into a book or his favorite anime than think about “love”.

Kie worries about him for this reason and is relieved when he ends up with a girlfriend like Iroha Igarashi, a stunning but hated girl from school.

No matter the outcome or issue, Kie stands tall and doesn’t take BS from anyone, contrary to her appearance. 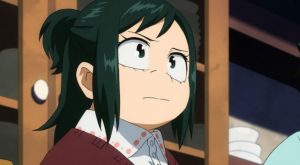 Inko Midoriya is overly sensitive and worries a little too much about Izuku. But you can’t really blame her.

She’s against the idea of Izuku being a hero after seeing him almost destroy himself. Just like any loving mother would be.

And even though she’s still a little hesitant in supporting Izuku’s dream of becoming a hero, eventually she comes around. And cheers him on from the sidelines.

The most emotional moment between Izuku and his mother is when she doesn’t believe he’s capable of developing a “quirk”.

It’s sad to watch and hard to swallow.

Anime mothers stand out because of their animated designs, characteristics, “tropes” every now and then, plus the role they play in the protagonist’s life. In fact – there is plenty of anime shows that wouldn’t be HALF as good without the mothers “weaving” their way into the main plot, somehow. And for shows that don’t take that route? Even the mothers in those types of series still make for a GREAT support character (or humor at worst).