Grab your tissue boxes and dakimakuras, it’s time for the 10 most heart-breaking, soul-crushing, tear-depleting anime deaths of all time. While not every anime on the list is known for being sad, which the majority are, this list is the death of a specific character that hit fans a little bit harder.

Ever have that one teacher that made a huge impact on you during school. Fortunately for us, we don’t have to kill our teacher, but less fortunate for Assassination Classroom’s class 3-E; they must assassinate theirs.

A touching flashback of class 3-E’s time together with Koro-sensei is played before Nagisa plunges a knife into his heart with the final words of good-bye. The song that plays during the scene is Tabidachi No Uta, a song that fits in with remembering the good times of Koro-sensei and amplifying the scene.

Setsuko – Grave Of The Fireflies

Studio Ghibli is no stranger to sad themes, but they really hit it hard with Setsuko’s death in the anime movie, Grave of the Fireflies. Setsuko is a four-year-old girl who learns how cruel the world can be. She adores her 14-year-old brother who tries his best to take care of her, but it wasn’t good enough.

After feeding Setsuko a small bite of watermelon, Seita sets out for more food. However, this would be Setsuko’s last meal as she passes away in her sleep. The harsh reality that Grave of the Fireflies is based on a true story makes this scene even sadder.

Overall, this animated series is famed for its meme-worthy quotes and scenes, from “It was me, Dio!” to the funny boat dance in Golden Wind. But even this bizarre, eccentric anime can break your heart a few times.

The first protagonist is the good-hearted Jonathan Joestar, a man devoid of malice or hate. He gave his very life to protect his wife Erina and put a stop to Dio once again, and in his dying moments, he held Dio like a beloved brother. Dio could hardly believe it.

While most of the characters in Angel Beats die, it’s the death of Otonashi that makes it on to the list. Majority of the story is told while the characters are dead and, in the afterlife, but Otonashi doesn’t recall how he died. On a journey to figure out how he ended up in the afterlife he makes friends with everyone there and discovers how they all died.

In an attempt to regain his memories, Yuri hypnotizes Otonashi where he remembers he had a sick younger sister. When his sister passes away Otonashi studies to become a doctor, but on the way to his exam his train crashes from an earthquake. Trapped in a tunnel for seven days, Otonashi helps the survivors due to his studying, but dies moments before the rescue team shows up.

One of the most iconic moments of Full Metal Alchemist Brotherhood is the shock behind Nina’s death. Shou Tucker is an alchemist in danger of losing his state certification. When he gained his certification, it was for transmuting his wife into a chimera when angry.

This time, his own daughter Nina and her dog Alexander fall prey to him. Nina is then killed by alchemist Scar to end her suffering. Scar delivers a short prayer after.

The second season of Clannad finds its way onto the list with Ushio’s death. Tomoya and Nagisa now have a daughter together named Ushio. When Ushio falls sick one winter, she becomes ill with a mystery disease. Tomoya gives up everything to take care of Ushio and takes her on a trip when she asks. Walking through the snowy road, Ushio’s sickness takes over her. She collapses in the snow whispering her last words “I love you” to her father. Tomoya cries holding his lifeless daughter’s body. 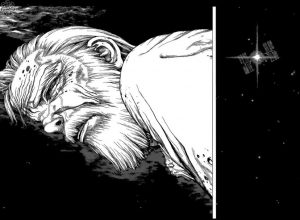 The story of Dr. Stone is largely an optimistic one, but there are still a few heavy moments in it. The lead character is the scientific genius Senki Ishigami, and his adopted father Byakuya casts a long shadow over the story.

Senku didn’t think he’d miss Byakuya, but he was proven wrong when he found a primitive recording that Byakuya and the other ISS survivors left for him. Byakuya died 3,700 years ago when the new Stone Age began, and that fact hit Senku harder than anyone expected.

Menma – Anohana: The Flower We Saw That Day

Like Otonashi from Angel Beats, Meiko Honma, known as Menma, is already dead. Menma died several years before the current time in the anime. Menma had a wish of reuniting her friends which Jinta carries out for her. Menma returns from her death as a ghost only visible to Jinta. She lets others know she’s around by carrying things and writing in her diary.

Menma tries to convince Jinta and friends that she’s playing hide and seek when Jinta can no longer see Menma. When everyone leaves the secret base to go look for her, she writes her final goodbyes in the diary leaving a personalized note for each of her friends. The note for Jinta says “I love you.”

There’s a lot to say about the fire-wielding Whitebeard pirate known as Ace, but suffice it to say, he meant everything to a young Monkey D. Luffy. They were foster brothers of sorts, and Luffy really looked up to him.

Luffy swore that he would rescue Ace from execution, but he failed. Still, Ace was able to embrace his foster brother and, with tears in his eyes, say “Thank you… for loving me!” He was able to die in peace, though it took time for Luffy to process his grief.

Who said side characters can’t have significant deaths? Naruto isn’t a show you would expect to have heart-breaks, but the death of Itachi Uchiha ranks high on the list. Itachi had a very severe illness that was killing him already. His fight with younger brother Sasuke is what pushed him over the edge. Itachi wanted to save his home but had to do so by killing the ones he loved.

Inherently, this made fans of the series hate Itachi. However, Itachi prevented a rebellion and possibly a war by doing so. Flashbacks of Itachi’s time with Sasuke play during the fight between the two. Itachi collapses at his brothers’ feet knowing he did everything he could for his younger brother.

Kaori – Your Lie In April

Kaori is a musician that plays the violin. After hearing Kousei play the piano she knew she wanted him to play for her. Kousei, with some convincing, accepts being Kaori’s accompanist but starts to fall in love with her. Kaori has a serious illness where her health is deteriorating throughout the show.

Kousei performs on stage while Kaori is in the hospital, and while he is playing, he is imagining her playing with him for one last performance. By the end of the song Kaori fades away from the stage leaving Kousei in tears. Kaori leaves a letter behind for Kousei to read, finally confessing her feelings for him.

Kyoko Honda was the doting mother of Tohru Honda, and she is a prime contender for Best Mom in all of anime. Kyoko had a rough upbringing and once belonged to a girl gang, until she quit the delinquent life for good.

She married her savior Katsuya, and had a daughter with him. But Katsuya died a few years after that, and Kyoko herself lost her life just before Tohru started high school. It was a serious loss, but remarkably, Tohru endured it with grace and maturity, and is making the most of her life despite losing her mother. Kyoko raised herself a wonderful daughter, that’s for sure.

If you can still see your screen from all the tears, you’ve made it to the saddest anime death of all time. Maes Hughes. Full Metal Alchemist Brotherhood is back with the top spot on the list. Teaching us life lessons about being a good friend, husband, and father, Lieutenant Hughes is a character you just can’t hate.

Sadly, he is killed by Envy when discovering Father’s plans. Lieutenant Hughes is shot in a phone booth and bleeds to death. His last words are to his daughter, apologizing and saying he loves her.