Naoki Urasawa has crafted many masterpieces throughout his career. Here are the best 6 of Naoki Urasawa Manga.

Hailed as a master of suspense and mystery, Naoki Urasawa has itched his name into manga history. Ever since making his debut in 1981’s Return short story, Urasawa has been crafting gripping narratives that often center around realistic characters dealing with extraordinary situations that are far bigger than them. In honor of one of the best mangaka to ever grace the scene, we dedicated you with top 6 of Naoki Urasawa Manga. 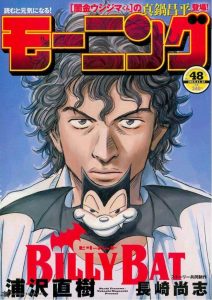 Billy Bat had the tough task of following up Monster and 20th Century Boys as Urasawa’s next big project. While it does not quite manage to reach the lofty heights of those two masterpieces, Billy Bat is nevertheless a fascinating manga that blends popular conspiracy theories and an engrossing mystery to craft a narrative that bends and twists seemingly every other page.

When Kevin Yamagata, a comic book author known for “Billy Bat,” learns that he might have plagiarized the idea from a Japanese author, he heads to Japan to try and get permission to use the character. However, Kevin is dragged into a strange conspiracy as he learns that Billy Bat is far more than a comic book creation. Billy Bat’s plot is somewhat unfocused and loses steam over the course of its 165 chapters; that said, the manga’s first half is incredibly strong and it has some great arcs. 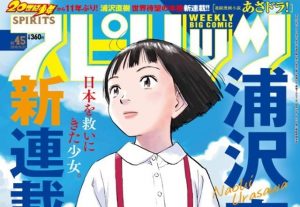 Currently ongoing, Renzoku Manga Shōsetsu Asadora! is Urasawa’s best work since Billy Bat’s first couple of years. In 2020, a monster threatens to destroy Tokyo; however, Asadora! jumps back to the late ’50s to chronicle the life of Asa, a young girl living in a Japan still feeling the aftereffects of World War II.

Young children that are molded by a climate of fear and anger, an impending supernatural threat, and an overarching story laced with intrigue and the unknown are common elements of a classic Urasawa story, and they are presented through a more personable lens in Asadora! 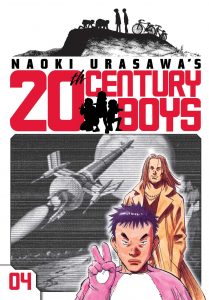 After Monster, 20th Century Boys is Urasawa’s best-known property, and its popularity is more than deserved.

As the 20th century approaches its end, people all over the world are anxious that the world is changing. And probably not for the better.

Kenji Endo is a normal convenience store manager who’s just trying to get by. But when he learns that one of his old friends going by the name “Donkey” has suddenly committed suicide, and that a new cult led by a figure known as “Friend” is becoming more notorious, Kenji starts to feel that something isn’t right. With a few key clues left behind by his deceased friend, Kenji realizes that this cult is much more than he ever thought it would be—not only is this mysterious organization directly targeting him and his childhood friends, but the whole world also faces a grave danger that only the friends have the key to stop.

Kenji’s simple life of barely making ends meet is flipped upside down when he reunites with his childhood friends, and together they must figure out the truth of how their past is connected to the cult, as the turn of the century could mean the possible end of the world. 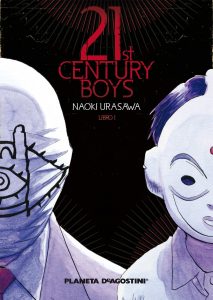 VIZ Media published the series in English under the VIZ Signature imprint from January 15, 2013 to March 19, 2013. It was also published in Brazilian Portuguese by Panini Comics/Planet Manga from June to September 2016.

Growing older is pretty rough and Kenji is finding out just how hard it can be as life starts wearing down on him. On top of trying to make ends meet running a convenience store, he has to care for the niece that his missing sister left in his care. Memories of youth make it easier until those memories come back to haunt him

Picking up directly after the events of 20th Century Boys, it seems like the world is finally out of danger, but the mystery of “Friend” still exists. As the world is threatened again, Kenji must search his memories for any clue about “Friend”. 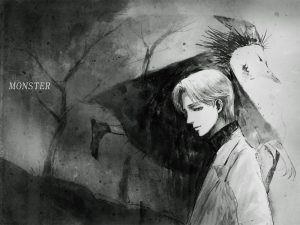 When it comes to Naoki Urasawa manga, we can miss Monster. Monster is undoubtedly the author’s most famous creation, with the 1994 manga representing a shift towards more cinematic and grounded storytelling for Urasawa.

Monster plays out like a macabre game of cat and mouse in a world that is frighteningly similar to real life. Uncomfortable subjects such as coercive human conditioning and the psychology of the sociopath, morality issues regarding the origin of evil and the value of human life, are horrifyingly, yet engagingly, realized. The protagonist, Dr. Tenma, struggles to fix that which is so remorsefully broken in his world. Monster is a chilling tale rooted in reality, a far cry from the superpowers and supernatural forces found in more detached fantasy series.

A reinterpretation of an arc from Osamu Tezuka’s Astro Boy, Pluto is not only a splendid tribute to one of the most important manga of all time but also a brilliant murder mystery in its own right. After a famous robot celebrity is killed, along with a number of other robots and humans, Europol detective Gesicht is brought in to solve the case.

Pluto is emotionally gripping, thematically relevant, and tells a perfectly crafted narrative that benefits from being considerably shorter and, consequently, tighter than many of Urasawa’s other long-running manga.

Pluto brings us to the end of to 6 Naoki Urasawa manga. Hopefully, you will like this list and yourself a favorite Naoki manga.

Read next: Top 6 Best Hiroya Oku Manga For Fan Of Gore And Blood