For those who fans of boy-love stories but can’t handle with hardcore plot of Yaoi, so this list of best shounen ai manga is made for you.

Read next: 7 Romance Comedy Manga To Warm Your Lonely Heart 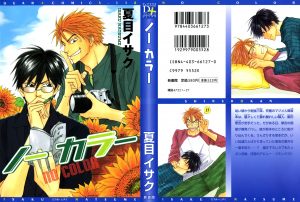 In Natsume Isaku’s first work, No Colour, we follow the developing relationship between an energetic young photographer and a supergeek uni student which starts as a mere neighborhood acquaintance and gradually turns into friendship and more. 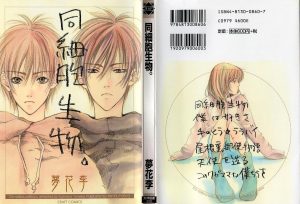 Nakagawa and Yokota are two boys very much in love with each other. Yokota is more open with his feelings, but Nakagawa is easily embarrassed by public displays of affection. Though they may be outwardly different, their feelings for each other are the same and their connection is such that they liken themselves to Dousaibou Seibutsu (Same-Cell Organisms). 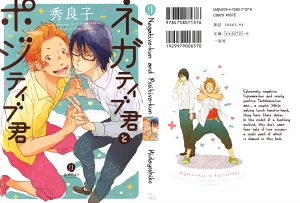 Extremely negative Fujiwara-kun and overly positive Tachibana-kun are… a couple. While eating lunch hand-in-hand, they have their dates. In the midst of a bustling routine, this duo’s carefree tale of love occurs—a small part of which is shared in this book.

Negative-kun to Positive-kun is a really lighthearted shounen-ai with cuteness every here and there. The story is very easy to read, very easy to understand, and will give you this weird warm, fuzzy feeling. It basically tells the tale of two boys, a couple, and how they live their (mostly) school life together. Doesn’t have much of a real plot nor depth, but very refreshing 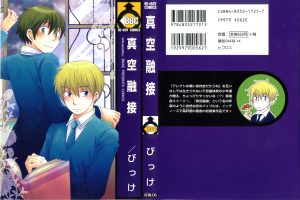 In this country, every person has to be matched up with a partner. Partnerships are made around when you turn three or four. The doctors decide who gets paired together. One person acts as the ‘supplier.’ The other as the ‘receiver.’ It is impossible for a ‘receiver’ to continue to live without periodically being given power from the ‘supplier.’ And in the same way, it is imperative for a ‘supplier’ that a ‘receiver’ accept some of the power generated within their body. This ‘power’ can’t be made anywhere other than inside a ‘supplier’s own body… So for the ‘receivers,’ we ‘suppliers’ are completely indispensable… 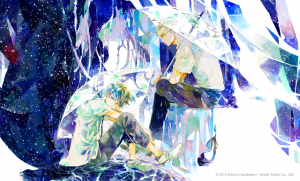 Yoake ni Furu is a sequel of a manga by Hayakawa Nojiko, titled Yozora no Sumikko de, which focused on a love story between Sudou and Hoshino, a single father and his son’s elementary school teacher. While it’s a very cute and moving story, Yoake ni Furu gives a new dimension to it as it began the story with a focus on Yozora no Sumikko de main character’s son, Sudou Shouta, and his childhood friend (and former bully) Daiki. Shouta, still happily crushing on Hoshino, is now really good friends with Daiki, whom he used to fight with all the time. Daiki, on the other hand, keeps his feelings for Shouta a secret because he knows Shouta doesn’t look at him the way he looks at Hoshino. As they get even closer and high school days pass, how would their story unfold? Yoake ni Furu is still ongoing, serialized in Craft, and is currently keeping their readers on the edge of their seats! 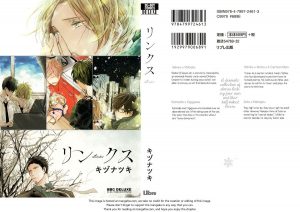 For ending best shounen ai manga recommendations, we would like to point out Links. Getting together is never easy, but even once two people are in a relationship, it can be impossible to describe what they mean to each other. Lovers do not always love each other, love and hate are not mutually exclusive, and friendship is akin to love but with ill-defined boundaries.

For eight paired-off men—Ryou Shibata and Masahito Sekiya, Yahiko Tsubame and Akiha Niitsu, Aoi Kameda and Yuusei Ogikawa, Takaaki Sado and Shinobu Nakajou—the answer to what their partner thinks of them is frustratingly elusive. Apart from this common dilemma that unites them, it gradually becomes clear that the couples are linked in more ways than one.