We’ve compiled top romance comedy manga for you to check out, so let’s jump right into all of the romantic fun and see who comes out on top!

It is always sweet to read a romance comedy manga where the characters fall in love with each other, but it is even sweeter to tickle our funny bones with the hilarious awkward acts of the characters trying to accept each other’s feelings. I honestly love to see some of the awkward antics of romantic comedy and most of the time the manga in itself are humorous. Here are 7 romcom manga you should be reading.

Related Content: Top 6 Of Shoujo Manga Recommendations 2020 To Pick Up This Year

Horimiya is the shining light amongst the excessive flood of rehashed romance comedy manga that Japan loves to print out. But what makes this manga so special?

The story follows a normal highschool girl called Kyouko Hori. Bright and popular high school girl Kyoko Hori is the exact opposite of the gloomy and nerdy Izumi Miyamura. Outside of school, however, Kyoko Hori dresses down as she takes care of the household and her younger brother Souta, while Izumi Miyamura on the other hand has a bunch of tattoos and earrings outside of school. The two of them had a fateful meeting outside of school and promised to keep their real persona a secret from their schoolmate. They soon relate to each other as friends. 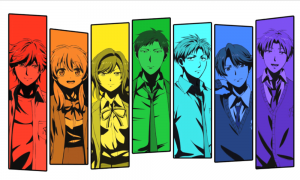 Gekkan Shoujo Nozaki-kun is set in a high school like most mangas in this genre but what sets it apart is the variety of characters, each with their own weird personalities, e.g. Nozaki is a tough and tall guy who has never fallen in love but writes a successful Shojo (Love) Manga. Each character with their personal quirk makes the reader fall in love with them and cheer for them to hopefully one day recognize their own feelings. 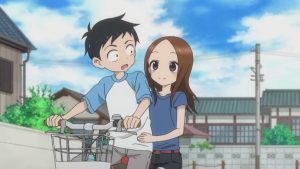 The daily life of Takagi, a female student, mostly consists of teasing her crush and classmate Nishikata while Nishikata tries to get back at her and fails every time. Follow their daily lives as they prank and tease each other while you laugh at their jokes 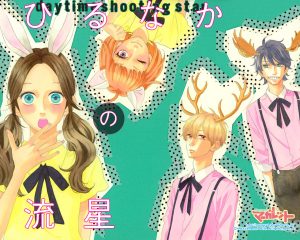 Hirunaka no Ryuusei follows the life of Suzume Yasuno, a young country girl who must now embark on a new journey to Tokyo, as her father must transfer to the bustling city. She decides to stay with her uncle but along the way, she gets lost and bumps into a mysterious young man. This young man seems to know her uncle and so he leads her towards the location, but little does she know that this very same man will end up being more than just a guide whenever she’s lost, as she soon discovers that he’s her homeroom teacher. From here the adventure begins for Yasuno on her discovery of love, school life, and more in this fantastic romcom manga!

Shizuku is one of those students who take great pride in their school grades, but when she makes the crucial mistake of sending her lesson notes to classmate Haru, he comes to assume that they’re friends. Soon after the two begin to slowly know each other and realize that neither are in the same realm. Haru is a troublemaker who only wants to have fun, while Shizuku only cares about herself and is cold-hearted at times. Somehow Haru finds the courage inside to confess his feelings to Shizuku and from there the tale of love and hate begins! 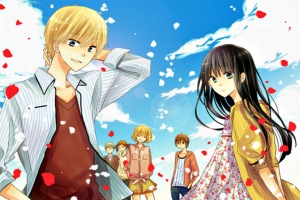 It’s always nice to be admired and loved by others, and for Yanagi, this life is just another day in the office. He’s smart, wealthy, and is very well kept when it comes to his appearance. Kujou however just doesn’t seem to be impressed by all of this as she’s quite the opposite in character, and yet somehow breezes by Yanagi in academics and sports. This doesn’t sit quite well with Yanagi as he vows to change his luck around by constantly battling Kujou wherever she goes. Every school she enrolls in, so too does Yanagi, as he now tries to come up with clever ways to outplay her in the romantic comedy of Last Game. 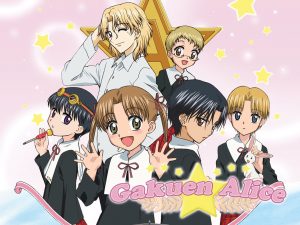 Mikan Sakura is a normal 10-year-old girl. Optimistic, energetic, and overall a very sweet child, Mikan is the complete opposite of the aloof, intelligent, and somewhat cold-hearted, Hotaru Imai. Despite their glaring differences, the two girls have been best friends for a very long time. So when Hotaru suddenly transfers to Alice Academy, a prestigious school in the city, her best friend is devastated—especially when she hears of the horrible rumors regarding the academy’s harsh treatment of students. Beset with worry, Mikan runs away to see her best friend!

Gakuen Alice is a heartwarming comedy that follows Mikan and her friends’ adventures in the academy, as well as their attempt to uncover the mysteries surrounding the problematic, fire-wielding student Natsume Hyuuga.

Romance comedy manga will always be the pair that create such beautiful chemistry because we just can’t live with either of them. We hope you enjoyed this top 7 list as much we did, and so we’d like to hear how you feel, so let us know your own experiences in the comments section down below!