Here we are with the ranking of best Hiroya Oku Manga. Brace yourself: Hiroya Oku works aren’t made for the weak of heart. Let’s start!

Hiroya Oku is an absolute master-class creator whose major works have and will stand the test of time. Despite all the blood, perversion, and weirdness that seeps into the brunt of his comics, they’re always utilized with reason and purpose. For that reason, why don’t we take a look at Hiroya Oku Manga, to see how amazing Hiroya Oku art and Hiroya Oku works are.

01 Zero One takes place in New Koshigaya where a young boy named Isurugi Neru, lives in a poor family and is forced to quit school so that he can find his own way in life. Neru on the other hand, only thinks of one thing: to take revenge on Yagami, a classmate, who’s especially gifted and has humiliated Neru numerous times. All things change when Neru encounters an MBZ champion (Yagami), a virtual reality game, where players are pit against each other, in superhuman bouts.

Zero-One proved to be a fairly enjoyable manga, while it lasted, and people who are used to playing online multiplayer games would be able to get into this manga and its familiar concept. 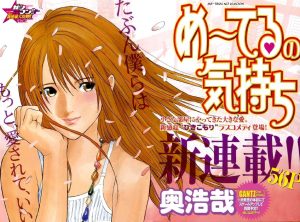 Koizumi, Shintarou is 30 years old, a virgin, and has isolated himself in his room for 15 years. He has become a burden on his father, Koizumi Yasujirou. One day, Shintarou makes a proposition that if Yasujirou gets a girlfriend, Shintarou will come out of his room. It turns out that Yasujirou has already made a girlfriend, a young beautiful woman, Yoshinaga Haruka, who is with Yasujirou for her own personal reasons. Yasujirou and Haruka decide to get married, but Yasujirou dies on their honeymoon. Now Haruka decides to take care of Shintarou, and so this weird “mother and son” are now living together.

If you’re not cynical enough to judge a manga from its first few chapters, you should give it a try! Aside from the abrupt ending, it is very enjoyable and worth reading. 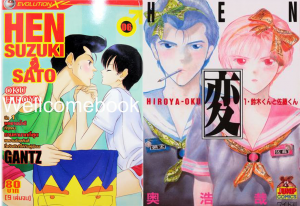 Let’s go to the beginning of Oku Hiroya’s career as a manga artist. This peculiar story revolves around Ichirou Suzuki, who is your typical high school boy. The only problem is that he fell in love with Yuuki Satou. He is a boy, but Suzuki is convinced that he is a girl trapped in a boy’s body. Can you imagine the infinite series of trouble these two boys will cause?

This manga appointed Oku Hiroya as a full-fledged manga artist. It’s interesting to see how he put himself in the story, as Satou’s best friend. 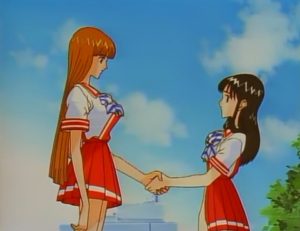 Chizuru Yoshida is not your typical high schooler and she’s all too aware of it! She has a talent for getting what she wants from her male lovers and often comes across as cold and manipulative…

In truth, despite her experiences with guys, she has never been in love. That’s until the fateful arrival of a newly-transferred student, Azumi Yamada, at her school. It was love at first sight for Chizuru—indeed an unexpected turn of events for the story’s vixen!

Not only was she in love but with all things another girl. Chizuru goes through a brief stage of anger and denial and tries to convince herself that she couldn’t possibly be attracted to such a simple-looking, shy, and naive girl! To her despair she finds herself constantly thinking of Azumi, so she finally resolves to become friends with her, but it’s not too long when she starts to push things along with Azumi… 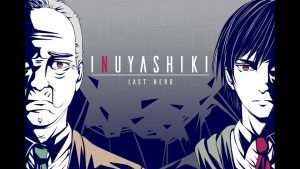 What will you do while you if you dialogued with cancer and death are staring at you, but suddenly recevied superpower and have chance to keep on living… at age 58? That what Hiroya Oku lead us to the story of this manga, where we follow the food steps of an old man, named Inuyashiki. After possesing a power fallen from the sky, Inuyashiki use it for helping people, that way make him feel happy, and proving to him that he is still a human

Unfortunately, his joy doesn’t last for long, for he finds that there is a new threat determined to revel in its own newfound power through horrifying means. 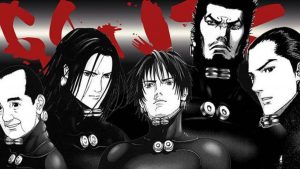 Here we are with our first position and a controversial manga that gained huge popularity and was adapted into an anime! Kei Kurono is our protagonist: a high school boy who is cynical to no end and bored with life. One day, while going back home from school, due to very cruel circumstances he and his childhood friend Masaru Katou die run over by a train. But something even worse than death expects the two childhood friends…

Fans of the horror, fans of the stories that can leave scars, fans of amazing masterpieces impossible to forget: join Kei Kurono and the others. If you dare to, you’ll read one of the greatest manga of the genre!

Related content: Get Scare With The Best Psychological Horror Manga Of All Time

As we said up above, Oku is a talented manga artist, who can create seinen, as well as shoujo-ai. He can pass from one genre to the other, and still be able to astonish his readers. Oku Hiroya creates new worlds where the readers can lose themselves. You should try reading one of Hiroya Oku manga, you won’t be disappointed!