Our list of best webtoon comics covers the best well-suited for any newcomers to the genre. Let’s start with best webtoons of all time!

Webtoon is reaching the ranks of popularity that Japan has dominated for years: comics. Webtoon is even beginning to get anime adaptions. There is a lot of best webtoon comics that some need to be on the lookout for. So, here are the best of the best.

Anyone who uses Netflix perhaps know a popular show named Sweet Home lately. And if you search about this show you probably know that Sweet Home is adapted of the same name famous webtoon.

Created by Youngchan Hwang and Carnby Kim, the story follows 18-year-old Cha Hyun-Soo, simply called Hyun Cha in the English version, who is a social recluse. After his family dies in a tragic accident, he is left alone in a world that quickly falls to a monster invasion. Hyun Cha realizes with a newfound will to live that in order to survive, he must fight the monsters, however, he never realizes how much of a fight he has to put up with the monster within himself.

With a fascinating plot, Sweet Home quickly hit every webtoon rank in Korean and even in Asian.

It is not exaggerating when said Solo Leveling is the best webtoon 2020 when it caught a lot of loyal fans in a short time and achieve good compliments from critics.

So, why this comic has such significant achievements? It’s all thanks to the breathtaking plot.

Solo Leveling is an adaptation of Chugong’s web novel series of the same title. The story takes place in the modern context. Ten years ago, “the Gate” appeared and connected the real world with the realm of magic and monsters. To combat these vile beasts, ordinary people received superhuman powers and became known as “Hunters.” Twenty-year-old Sung Jin-Woo is one such Hunter, but he is known as the “World’s Weakest,” owing to his pathetic power compared to even a measly E-Rank. Still, he hunts monsters tirelessly in low-rank Gates to pay for his mother’s medical bills.

However, this miserable lifestyle changes when Jin-Woo—believing himself to be the only one left to die in a mission gone terribly wrong—awakens in a hospital three days later to find a mysterious screen floating in front of him. This “Quest Log” demands that Jin-Woo completes an unrealistic and intense training program, or face an appropriate penalty. Initially reluctant to comply because of the quest’s rigor, Jin-Woo soon finds that it may just transform him into one of the world’s most fearsome Hunters. 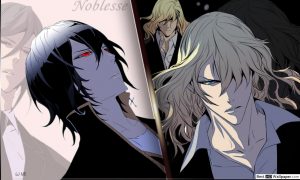 The list of best webtoon comics can be completed without Noblesse. Everything is awesome in this webtoon: plot, characters, art,…

Noblesse follows the footstep of Cadis Etrama Di Raizel, a powerful noble who has been asleep for 820 years. He has no idea how much mankind has advanced since he first fell asleep. After Rai wakes up in an abandoned building in Korea, he begins to adapt to modern life by attending school. At school, Rai befriends Shinwoo (an athlete), Ikhan (a computer geek), and more. The story is about the friends’ daunting adventures as they fight a secret organization while uncovering Rai’s past.

Cheese In The Trap 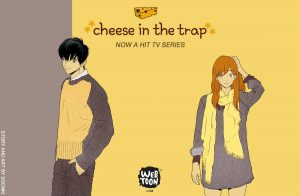 Breaking up to another webtoon was adapted to TV show on this list, we have Cheese In The Trap

Cheese in the Trap is a weird note for Seol, a junior year student. A department senior she is wary of is suddenly being very friendly and wants to hang out with her. Jung Yoo is the popular senior that everyone wants to be close with. But Seol has seen a side of him unlike anybody else. We see through flashbacks, their first meeting which got them off on the wrong foot, the eventual mishaps that keep happening to Seol. From stalkers to sabotage by jealous classmates, nothing went smooth for Seol in her sophomore year, so much so that she wanted to take a gap-year. While Seol has no evidence that Jung was behind it, her instincts tell her that it was him. Are her instincts right or is it just paranoia? 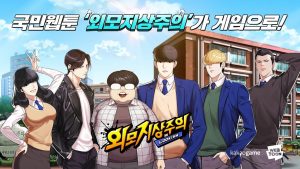 Park Hyung Suk has spent all 17 years of his life at the bottom of the food chain. Short, overweight, and unattractive, he is used to being bullied by his classmates and constantly discriminated against for his looks. In an attempt to escape his biggest bully, Lee Tae Sung, he decides to transfer to Seoul’s Jae Won High School, a vocational preparatory school notorious for its liberal education system and carefree students.

Days before his transfer, Hyung Suk wakes to find that he is no longer in his usual chubby body, but is instead in a perfect body! Tall, handsome, and beautifully toned, Hyung Suk has become the ideal version of himself. The only problem is that his original body still lays beside him—and when one body falls asleep, he awakens in the other.

Now possessing two extremely different bodies, Hyung Suk must learn to navigate his new and much more popular life at J High whilst also solving the mystery of where his second, almost superhuman, body came from. 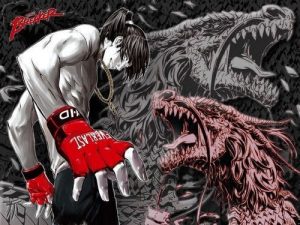 Shioon is an ordinary high school student. His life would have been fine if not for the constant bullying and beatings from fellow student Ho Chang and his gang. His new English teacher, Chun-Woo, witness him getting bullied but offers no help. Worse, he calls him a coward for not fighting back to protect himself. One day Shioon discovers that Chun-Woo is no ordinary teacher but a person with impressive martial art skills. To accept Shioon as his disciple, Chun-Woo asks him to prove his commitment by jumping off a bridge. Will Shioon be able to enter the hidden world of Murin (martial arts)? 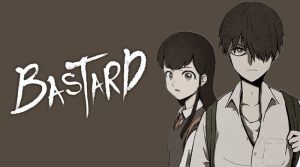 Another absolutely go for Youngchan Hwang and Carnby Kim creation, Bastard. What happens when your own father is a serial killer, and you are his unwilling accomplice. Seon Jin is caught up in a life of misery. At school, he suffers bullying as a result of his quiet nature and weak appearance. And at home, he has to face the terror from the very existence of his father. His father is an upstanding successful member of society, but the truth which only he knows is that he is a deranged serial killer. The killing has been happening for years, but when his father takes an interest in the pretty transfer student Yoon Kyun, Jin must make a decision—be the coward who sends her to the gallows like all the rest or be the bastard of a son who defies his wicked parent. 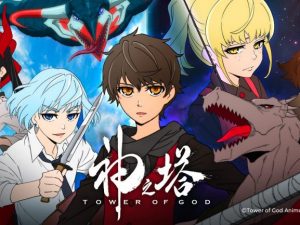 Welcome to the Tower of God, a place where any dream can be fulfilled. Thousands of people desiring various things like power, wealth, revenge, etc., make their sincere efforts to climb the Tower. An entire world in itself, the Tower has about 135 conformed floors. Each floor has a test, and the tests get tougher as one progresses through the floors. People attempting to climb the Tower are known as regular, and they aim to become Rankers to gain their heart’s desires. The fantasy adventure drama follows the story of Baam, a boy who enters the Tower of God as an irregular. Unlike others, he wishes to climb the Tower only to find his friend Rachel. She appeared into this world before him, so he has to catch up to her to meet her again.

As he begins to climb, he begins to gather around a team of friends with a shared objective of climbing the floors. While thousands attempt to climb the Tower, thousands fail to do so too. Will Baam be able to meet his friend again? This is one of the very best webtoon comics and has a very large fan base, so give this series a try.

I hope that you have found this list of best webtoon comics useful. Do let us know if you have enjoyed any of these webtoons previously. Also, feel free to suggest us your recommended series to the list of the top webtoon.