Discover the top 10 psychological manga for adults who enjoy scary but complex stories. Our list is filled with classics, horror manga legends, great psychological horror manga as well as some lesser-known spooky and dark mangas. 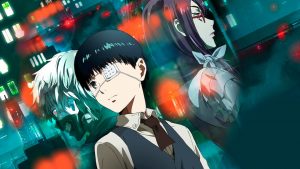 Sui Ishida gained popularity with his dark fantasy manga Tokyo Ghoul. It was later adapted into an anime series and even a live-action movie.

This psychological horror manga series with 14 volumes is going to put you on the edge of your seat.

It isn’t just a spine-chilling horror manga that will haunt you forever but also full of surprises.

In a world where ghouls live among us is definitely not an ideal one for humans. They have to feed on people and they are also seven times stronger than us.

Ken Kaneki’s first date with an attractive girl doesn’t end too well. He is almost torn into pieces by the ghoul girl and transformed into a half-ghoul. Not the excitement a teenager expects. 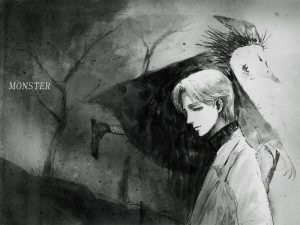 The line between psychological horror and psychological thriller can be very thin. Monster poses the question: what if you save the life of a future serial killer? Does that make you responsible for the atrocities that follow? And is it possible to remedy that mistake? This manga is going to give you some restless nights as it does get pretty dark.

Dr. Kenzo Tenma, a gifted brain surgeon has rather different values than most of his peers at the Dusseldorf hospital. He doesn’t see ranks or social status on the table, he wants to save everyone. One day he makes an unpopular decision of saving an orphan who was wounded in a massacre instead of the mayor.

Monster is one of the many successful psychological horror manga that was adapted to anime as well. 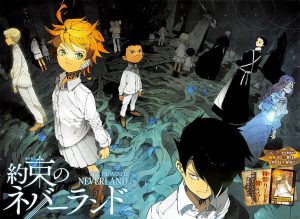 The child characters in The Promised Neverland enjoy an idyllic life at an orphanage. They have access to clean clothes, delicious food, and the adoring attention of their caretaker. They must follow only one rule: never try to leave the orphanage grounds or exit the gate leading to the outside world. Two children, Emma and Norman, break that cardinal rule and discover the orphanage’s awful secret: the children are cultivated to be food for demons. 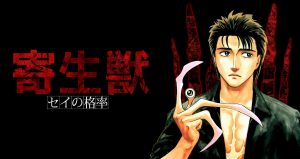 You know that horror trope where you go to sleep and then something else takes over your body while you’re in dreamland? And you find out you no longer have access to your own body? Parasyte takes a science-fictional approach to this idea when aliens invade Earth and take over humans by burrowing into their brains.

17-year old high school student Shinichi’s life changes completely when Earth is being flooded by strange creatures. These worm-like aliens crawl up in your nose and take over your body.

But when a parasite is attempting to take over his body at night, he wakes up.

Because of that, the creature can only take over his right hand and the two actually bond quite strongly. This friendship is certainly not an everyday one.

The two begin to hunt parasites and some exceptionally creepy situations arise. 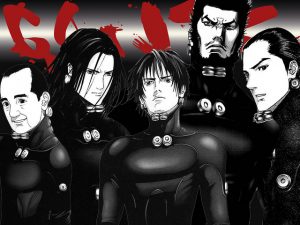 Here is another superb psychological horror manga series that will make you think twice about life on Earth. Are we alone, or are there different life forms? If so, what if they already live among us?

Kei and Masaru get answers without even asking the questions. When they try to save a drunk homeless from the train tracks, the two boys are killed.

Instead of eternal darkness or the promises of heaven, they are taken to an empty apartment in Tokyo.

There, with other clueless dead people, they meet Gantz, a large black sphere.

They have to take on a mission, to kill creatures disguised as humans. They can either earn back their old lives or step on a new path, depending on their decisions. 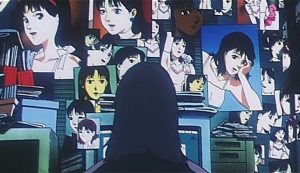 Prepare for a truly shocking experience immersing yourself in the life of Mima and a huge fan of hers.

Mima is a famous pop star, who has been building on the good girl image for years. Now, she feels it is time to make some major changes, but not everyone welcomes the new look.

It looks that a rather troubled fan doesn’t agree with the changes. It gets so creepy that Mima decides to try and stay away from this fan. Far away.

It is a pretty easy read, definitely fun for everyone. Also, the thriller anime that was made in 1996 is also incredibly great. It has gained critical acclaim and has a strong fan base for understandable reasons. 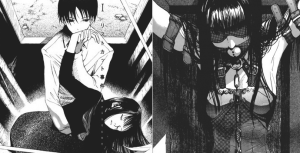 It was first a novel by Japanese horror giant Otsuichi. Due to its success, it was adapted into a manga and the chilling story gained more popularity.

Goth was also brought to screen later on, so there are three different channels to dip into this creepy tale.

The meeting of a young girl and a young boy is always inspiring for love enthusiasts. Well, nothing is more dreamy than finding the one with whom you can share your life and even have similar interests.

It all sounds ideal until you realize Yoru and Kamiyama share a very unusual interest. They are both into gruesome murders and they don’t see the problem with that. 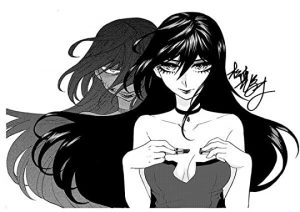 Do you love manga about girls with ferocious acting talent? Think series like Glass Mask or Skip Beat. Have you ever found yourself wanting a horror version of this premise? The titular heroine of this series is one such girl. Unfortunately, she’s also bullied due to her ugly appearance. Enter a tube of lipstick left behind by her mother, who was both astonishingly beautiful and a gifted actress. Kasane soon discovers the lipstick grants her the ability to steal other people’s faces when she kisses them. I think we all know what happens next.

Venus In The Bline Spot

This magnificent manga collection is a fresh addition to the genre, it was just published on 18th august 2020. Legendary horror manga artist Junji Ito was awarded the Umazu award for his works.

Most of the artworks in this manga are so disturbingly beautiful that they make you want to both stare at it for hours and look away immediately.

Venus In The Blind Spot brings a good variety of short horror stories that will raise the hair on your neck. With plenty of odd surprises and even classics that have already amazed fans.

If you are familiar with Ito’s works, you are not going to be disappointed. In case you are new, it’s a perfect way to fall in love with his works.

While Venus In The Blind Spot just came out it already received raving reviews from both the media and manga fans. 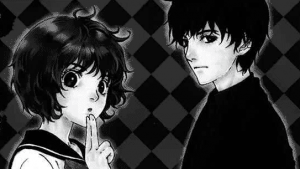 One of the biggest hits of the 1990s was Ghost Hunt. First, the light novels swept the world. Then it was heard as a radio drama, adapted into a manga which then was turned into an anime.

So it literally can indulge all your senses. You are in for a good treat because Ghost Hunt is utterly fun, while also a little scary.

High school freshman Mai Taniyama becomes a member of the Shibuya Psychic Research. She has a special ability to retrieve information in her dreams that can help crack the actual case.

The story is pretty interesting, how Mai evolves over time but retaining some of her originality.

What are some of your favorite psychological horror manga? Let us know on social media!